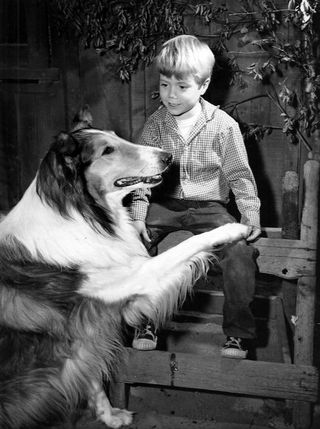 "What's that Lassie? Timmy fell down the well?!?" Many of you of a certain age probably remember Lassie, the awesome Collie who saved the day along with his beloved buddy, Timmy. And yes, Timmy had a history of falling down wells and other mishaps.

Well, this post is about a well, but not the type Timmy fell into, but rather the verbal pause used frequently during interviews and interrogations. This is one of those words that we hear often and may not pay any attention to it. I would suggest that you do.

When someone is asked a specific question that requires a specific answer, or simply a “yes/no” response, there often is not a lot of thought needed and they should not have to pause to think about their response. For instance, if you were asked “Did you take any money out of the tip jar?” and you didn’t, you would not have to think about it, and likely would not need to pause before answering. If an individual responded with something like, “Well, there were a lot of people working. How much was taken?” This would be cause for concern for several reasons; they didn’t answer the question, they responded to a question with a question and they fell into the well!

Our human brains are very fast, and they often need only a fraction of a second to formulate a response, and when someone starts their response with, “Well…” that is often a lag before the lie. Of course, not every time someone says “well” it means they are lying or going to lie, but it probably means they are slowing down their thought process and are conscious of their response. Therefore, this is a signal for us, as investigative interviewers, to pay attention. Similar words or stalls are, “ummm”, “errr”, “hmmm”, etc.

When evaluating these kinds of words and responses, keep in mind the context under which it occurred as well as the individual’s baseline. If this is a habitual response for the individual, then the significance is diminished. However, if they responded clearly and directly previously for 7 questions and then on the 8th question they fell into the well, spend time there with follow-up questioning…or call Lassie for some help!

One thing I have found is that often when people stall or hesitate in their response, this is one of the areas I would focus further questioning. The hesitation may not only be due to deception, there could be other sensitivity that is causing hesitation, so make sure you don't get tunnel-vision. That can lead to confirmation bias causing you to look for anything that supports your "deception theory." The key is to recognize that "something" is going on there and to ask open, probing questions in a non-threatening, non-confrontational manner.