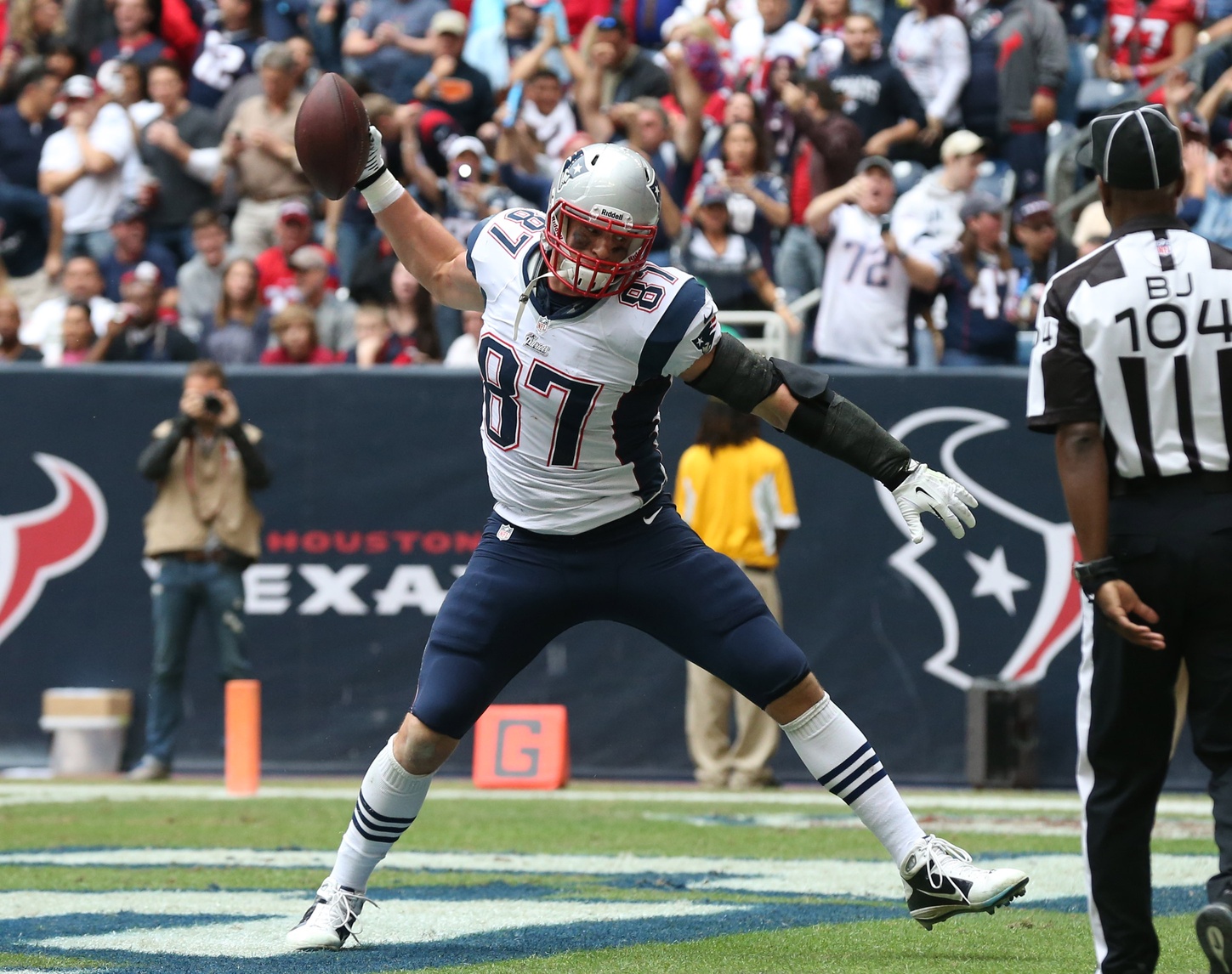 No, I’m not talking about sacking your suspect in the hopes of getting a confession, that would be unsportsmanlike conduct, but there are many parallels that can be drawn between these two seemingly different activities.

First off, nobody makes it to the NFL without practice and training; and for the few that do make it to that level, the practice and training continues throughout their career. Over the course of their career the payers practice for thousands of hours, which adds up to months and years of consistent training throughout their careers. How many hours of training on interviews and interrogations does the average police officer get in his or her career? Well, in most police academies they will be lucky to get two or three hours, and if they get promoted to detective (kind of like the NFL for cops), they will probably be sent to a three or five day interview and interrogation course and that will be it. As professionals in law enforcement, we have to up our game and consistently seek out training throughout our careers to keep improving our skill level and effectiveness at conducting interviews and interrogations.

Players on the field have to know the rules of the game, just as players in the interview room have to know the rules of their game as well. In football, once the line is set, if one of the offensive linemen moves before the football is hiked a false start is called and there is a penalty of five yards. If an officer interrogates a suspect who is in custody without first issuing his or her Miranda warnings (within the United States), it is similar to a false start because custodial interrogation began before the individual was advised of his Constitutional rights to remain silent and right to attorney, etc. Another rule in football is when a “timeout” is called, and if the players still continue the play, that play does not count; even if it ends in a touchdown. The same is true during an interrogation when a suspect calls a “timeout” in a sense by asking for an attorney. If the officer disregards the request and continues the interrogation, any information, even if it is a confession, does not count and will be suppressed in court. It is important that you know and follow the rules of the game when conducting interviews and interrogations.

Several years ago one of the things added to football games was the use of an “instant replay” to review the call made on the field by the referees. In many circumstances this review process reverses the ruling on the field and changes the course of the game! The same is true in our profession, especially with the increasing use of audio and video recording of interrogations. Whether we record the interrogation as part of our departmental policy or statutory requirement, or if one of our fellow citizens records our actions on the street, the recording can be reviewed by the court, media and your department. To avoid any issues if an “instant replay” is called on your actions, review the previous paragraph about knowing and playing within the rules of the game and you will not have any problems.

In football, the Quarterback controls the movement of the ball. It is not a free-for-all where each player takes a shot at throwing the ball down the field. When conducting interviews and interrogations we should apply the same principle. There should be a primary or lead interviewer conducting the interview or interrogation, and when there is a second person in the room, they should be listening intently and taking good notes. When the Quarterback (lead interviewer) is done calling the shots, he or she may then throw you the ball by asking you if you have anything further. That’s your cue to engage the suspect with your questions.

The football players on the field don’t start the game without having a game plan. Having a well thought out game plan, taking into consideration the strengths and weaknesses of your specific opponent on the football field, and then executing that plan, is what wins games. Many investigators fail with this one and go into “wing-it” mode. Remember, failing to plan is planning to fail. We should plan and prepare as much as possible for each interview or interrogation. Knowing the facts of the case, available evidence, witness information, suspect background, etc, all helps to establish rapport with the individual and adds to our credibility as a professional, all of which will help us better plan and prepare our approach to each particular interview or interrogation. There are certain teams where the Quarterback will run the ball more and others where it will be a passing game. It depends on who they are facing. Interrogations are no different. If you have a timid suspect charged with child sexual abuse for instance, and you use an aggressive “running game”, he may withdraw and not tell you the truth about what happened. In this case you may have to execute a lateral pass instead. I’m not exactly sure if that translates precisely as it was in my head, but you get the picture; adjust your approach and style to effectively match the person you are talking with.

How often do you see a touchdown with only one play? It does happen on occasion, like when a receiver catches the ball on a kick-off and runs 98 yards for a touchdown. That would be the interrogation equivalent of a homicide suspect walking into the interrogation room with a dead body saying “I did it!” and handing you the murder weapon. Again, it doesn’t happen too often so we shouldn’t expect it. What we see most in football and with interrogations is the strategy of positive movement and small wins, or yardage gained. In football this is simply moving the ball towards the goal line a few feet or a few yards at a time, not striving to hit the goal on each play, but to get some yardage gains and hopefully a first down. The strategy of an interrogation is the same. We should not go for a touchdown, or rather a confession, on one play. We need that positive forward movement as well, which begins with planning and preparation. We gain yardage during the interrogation by establishing rapport with the individual and building trust. We get a first down when we establish a baseline of verbal and behavioral characteristics of the individual and we get closer to the end zone then we see changes in their baseline and utilize an effective questioning strategy to further move us down-field toward our goal getting a confession and reaching the truth.

Also, football teams keep improving, not only through consistent training and practice as mentioned above, but by learning new plays. The interview and interrogation equivalent of this is learning new techniques and strategies that will make you a better player (investigator) for your team (department or agency). This includes learning techniques such as Investigative Statement Analysis which will improve your ability to distinguish between truthful information and lies, or Cognitive Interviewing, which will help you effectively interview victims and witnesses while significantly improving the quality and quantity of information you gather from them. Learning new plays may also include things outside traditional law enforcement training such as taking courses in public speaking through organizations such as Toastmasters, which helps to improve your communication and leadership skills, or studying academic research on psychology, language, persuasion & influence, rapport & trust building, etc. The key is to keep learning, keep growing and keep improving as a professional.

Lastly, within this article I referenced several times a touchdown being a parallel to obtaining a confession. It is important to remember that the goal of an interview or interrogation is NOT to obtain a confession; it is to obtain the TRUTH. The truth may not be getting a touchdown, or a confession in our case, but you can still win the game with a field goal. In football, a field goal does not carry the same point value as a touchdown but it does quite often win games. Within the field of interview and interrogation, a field goal DOES carry the same value as a confession! The reason being is that our goal is to win the game, not just get a confession, and to win the game is simply to get the TRUTH. A field goal within an interview or interrogation may come, for instance, when a suspect is arrested for a robbery, but by being thorough and objective, you were able to prove that he did not commit the crime but was falsely identified by the victim, which sadly is the basis for about 75% of wrongfully convicted people who were later exonerated. Or it may be proving that a sexual encounter did occur, but through your compassionate and professional approach during the interview proved that the incident was in fact consensual and not a criminal act. You see, in these cases, we did not get a “confession” from the robbery suspect nor did we arrest and get a “confession” from the suspect in a sexual assault, but we DID get the TRUTH, which should be the goals of any investigative interview or criminal interrogation.