LIES, LLC Linguistic Interrogation Expert Services was established in 2001 with the vision and commitment to develop professional training programs that improve the ability of investigators to obtain accurate and reliable information from people during investigative interviews, which is the primary source of evidence and information obtained during most criminal investigations.

To ensure that you gather the most accurate and reliable information during your investigations, you must make sure your training is the absolute best and that it is supported through academic research as well as effective application within the field.

"When you need to know the TRUTH, your training should be from LIES"

“To help investigators reach the truth, whether it is through our training programs, investigative services or professional consultation.”

The above statement may sound simple…”to reach the truth”…but at times the truth is just outside an investigators grasp because they are running in circles, busy pursuing paths leading to dead ends or false conclusions. The discovery of the truth can be made only with the proper mindset and effective training. Lacking either one of these will open you to being misled and put your investigations at risk of being suspended without closure, or worse, leading to inaccurate conclusions, false confessions and wrongful convictions.

Wesley Clark was the creator and President of LIES, LLC.  from 2011 to 2021. He was a former Sergeant with the Connecticut State Police Department, retiring in 2009 after more than twenty-two years of public service. Throughout the majority of his career Mr. Clark was assigned to the Major Crime Squad as both a Detective and as a Detective Sergeant and was responsible for the investigation, supervision and direction of numerous homicides, robberies, kidnappings, sexual assaults, suspicious deaths, police-involved shootings, crimes against children, financial and organized crimes among many others. Mr. Clark also was assigned for approximately two years as an Investigative Sergeant within the Internal Affairs Unit under the Office of Professional Standards. Mr. Clark has conducted training courses along with providing presentations at conferences and seminars throughout the United States as well as within Canada, England, Italy, Switzerland, and Mexico. Mr. Clark is a strong advocate for continuous personal and professional development and for the advancement within the fields of investigative interviewing and criminal interrogation, and for the alignment of academic research to the training received by investigators within the field. He has been studying Statement Analysis, Investigative Interviewing, Cognitive Interviewing, Criminal Interrogation, Detecting Deception and Credibility Assessment for over 20 years. Mr. Clark has been interviewed in the media including radio, print and television and has appeared on shows for A&E and Oxygen Network. Mr. Clark has partnered with various academic and government agencies and participated in academic research within the United States and Europe on detecting deception, cognitive interviewing, credibility assessment, and investigative statement analysis techniques.

In January of 2021 Wesley passed away at his home, leaving behind a tremendous legacy of professionalism in policing.  Wes’ business model and instruction are needed more than ever in today’s law enforcement environment.  Both his wife Cathy, along with his business associate, Jim Kline, are continuing Wes’ efforts to support law enforcement training in the expansive field of Investigative Interviewing. 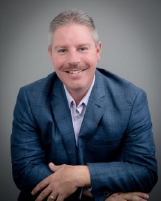 James Kline has been a lead instructor for LIES, LLC- Linguistic Interrogation Expert Services since 2006 and has taught throughout the United States, Canada, and Mexico.  He has also been a guest lecturer in Connecticut at the University of New Haven’s National Security Program as well as in their Fire Sciences Program.

James currently holds the Private Detective License for L.I.E.S and conducts administrative abuse and neglect investigations for group homes in the State of Connecticut.

James was a police officer in the State of Connecticut for over 26 years.  He started his career with the Connecticut State Police where he served in many capacities.  When he retired in 2012 with 20 years of service, he was supervising a Major Crime Office for the Western District Major Crime Squad in Southbury, Connecticut.  He continued as a Police Officer in his hometown, finishing off his policing career as an Accreditation Officer for the department in 2019.

As a Detective and later as an investigative supervisor, James has received extensive training in the field of investigative interviewing from Basic and Advanced Interview Interrogation courses to specialized training for specific crimes such as fraud, sexual assault and homicide investigations.  He is proficient in the use of Statement Analysis, Cognitive Interviewing as well as Fixed Choice Testing, which uses probabilities to determine deception / guilty knowledge.

Along with his training and experience he has participated as a subject matter expert in detecting deception research funded by the FBI, the DIA and other governmental agencies.  This work involved assessing the efficacy of modified cognitive interviewing in detecting deception associated with bio-threat activities.  The work also assessed the efficacy of using traditional interviewing techniques verses using modified cognitive interviewing techniques while conducting background investigations.  In these research studies he has worked as an interviewer with research participants and has also worked extensively as a rater of the research video data collected in these studies.  By staying active with the academic research, he has exposed himself to cutting edge techniques in detecting deception.

James has been featured in ID Discovery and Oxygen Network shows for investigative work he’s done while working with the Connecticut State Police’s Major Crime Squads.

Joseph Salmeri is an investigator for LIES, LLC. Mr. Salmeri has 40+ years of public/private service experience in communications, personal protection/security, investigations and analysis/legal processes having served on active duty in the United States Marine Corps, with Southern New England Telecommunications, and within the law enforcement community on patrol with the Plainville Police Department and in a career position with the Connecticut State Police Department.  Mr. Salmeri career with the State Police spanned twenty-two plus years as he retired in 2016 at the rank of Sergeant.  During his career with the State Police, Mr. Salmeri had numerous assignments which included Patrol Troop A, Major Crimes Unit, Connecticut State Police/Connecticut Department of Developmental Services liaison as the Southbury Training School Resident Trooper, State Police Headquarters, State of Connecticut Automated Fingerprint Identification System Coordinator, State Police Bureau of Identifications, Communications Coordinator, Telecommunications Coordinator, Missing Persons Clearinghouse Coordinator, Resident Trooper Sergeant for the Town of Southbury, and Patrol Supervisor Troop A.  Within each of these assignments, Mr. Salmeri conducted, assisted and/or supervised numerous investigations to successful conclusion to include:  a mass shooting incident, homicides, robberies, kidnappings, sexual assaults, assaults, larcenies, missing persons incidents, serious/fatal accidents and other complex/sensitive investigations; internal and administrative.  Mr. Salmeri completed his tour of duty with the State Police in a supervisory role responsible for these investigations and their outcomes.  Mr. Salmeri has specialized training in Investigative Interviewing and Criminal Interrogation methods, technical training in vehicular investigations, and extensive experience with abuse and neglect investigations within the intellectually disabled community.  Mr. Salmeri has been recognized for academic excellence with degrees in Criminal Justice, General Studies, and Human Development and Family Studies.  Mr. Salmeri is a highly trained and experienced investigator with distinguished analytical abilities and an impeccable investigative skillset.

LIES, LLC Linguistic Interrogation Expert Services also has several associate instructors as well with whom we partner with:

Maggie Pazian is an internationally accredited trainer in the science of nonverbal communication and behavior, emotion perception and deception detection. Maggie has more than ten years of experience in both field and academia. She specializes in the field of emotion recognition, micro-expressions, body language, FACS and cues to deceit; creating dynamic skill building programs for private enterprise, not-for-profit and federal organizations. The focus of her training is to translate the insights developed from cutting edge research on emotion, create applications and develop training for those interested in improving their communication and people reading skills. Maggie launched her career as a consultant in nonverbal behavior while working with Dr. Mark Frank, the leading researcher in facial expression, interpersonal deception and behavioral observation. Maggie has led efforts on projects with the Defense Advanced Research Projects Agency, Office of Naval Research, National Science Foundation and the Transportation Security Administration. Maggie is also a lead trainer for the Institute of Analytic Interviewing and Paul Ekman International plc and is a guest lecturer for FLETC. Maggie is President of VisualEmotion LLC, established in 2006 at which time her company was contracted by the Department of Homeland Security for its expertise in FACS (Facial Action Coding System). VisualEmotion also provides FACS coding services to academic researchers, government organizations and market researchers seeking to pursue insights in emotion and facial expression. Maggie appeared on the Discovery Channel show Monsters and Mysteries in Alaska in March of 2010 and has co-authored several papers and presentations on deception detection.